For rendering purposes, Poser internally works with 16-bits-per color (High Definition) inputs and results. For display and for most image exports or the render result, a translation is made to the (Low Definition, 8-bits-per-color) image formats like JPG, PNG, etc. In Poser Pro, export to a High Definition format (HDR, EXR) is possible.

For input, most images will be in Low Definition format as well, usually JPG from photographs. These are fine for preview, but for rendering they are translated first to EXR format, and saved at a temporary place

where the Poser Temp Folder is set in the Edit > General Preferences menu, Misc Tab

After an image is assigned, or when a material with image references is assigned to a surface or an object is loaded with such material definitions, the translation from Low to High Definition is made as a first pass of the render process. Unless I have the Run in Background Thread option checked (it’s ON by default), then Poser saves me the waits and utilizes spare CPU capacity when available. 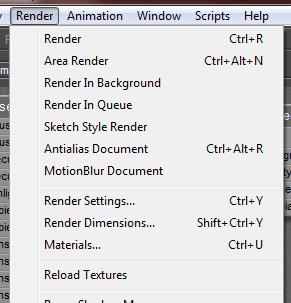 The Texture Cache is filled up while building the scene and rendering, and cleared when Poser exits (in a regular way). Except for the <so many> MB’s of most recently added images. This way, some translation is avoided when I reopen Poser to continue my work on the same scene. This Persistent Size can be set as well.

Note that an EXR file requires about 7 bytes per pixel, which is 5 to 10 times as large as the JPG’s they originate from. So a single hires (4000×4000) image as used for most character skins takes about 100MB disk space. This space requirement is something to keep in mind when setting Persistent Size, and of course all the required space for keeping all images from my entire scene needs to be available when the rendering process kicks in.

When an image is already translated into the Texture Cache, and then is modified in Photoshop or alike, such a modification will go undetected by Poser and the stack of available EXR files need to be refreshed. I have to do so manually, using the Render > Reload Textures menu.