For short: ambient make objects glow, and emit light independent of any lighting sources in the scene. This is to represent led-lights, or some phosphorescence of fluorescence effects. 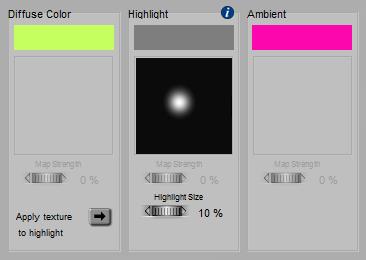 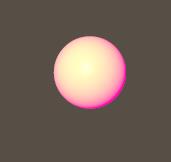 In Poser, Ambient (both Simple and Advanced interface) as well as its equivalent Translucence (Advanced interface only) will make an object glow. There are various reasons to have an Ambient component in the materials definition.

First, the truly legitimate reason, is to implement the objects glow as it appears in real life. Led-lights, or some phosphorescence of fluorescence effects, were already mentioned above.

Second, considered a half-legitimate reason, is to represent translucency as can be found in skin, wax candles and alike, in a render setup which is poor on raytracing and hardly supports sub-surface scattering. Early Poser versions, PC’s with less computing power, or the requirement for a massive output stream as in animations might be the reason for this. A resource intensive process is then replaced by a much faster process with – sometimes slightly – less realistic results.

Third, nowadays considered almost an illegitimate reason, is to compensate the object for poor lighting conditions at the spot. Adding some local point- or spotlights, and especially switching to indirect lighting (IDL) conditions supported by modern Poser versions, resolve the lighting issue the way it should be.