The probeLight node is one for very specific purposes, related to IBL (image based) scene lighting. The idea is as follows:

In the industry, when images are shot for IBL scene lighting (see http://my.smithmicro.com/tutorials/1850.html for example), shiny metal balls or ‘probes’ are used. Photographs of those make good candidates for the images attached to IBL lamps, lighting the scenes. 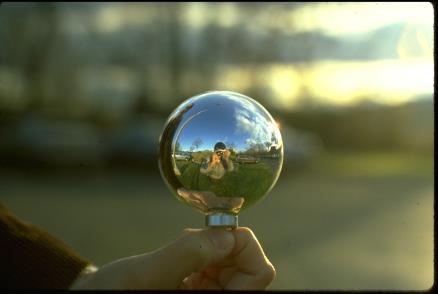 But what if I want such a probe itself in my scene? Then I take a ball, and use the probeLight node to wrap the same IBL image around it, the same way as it’s mapped in the IBL lighting itself. 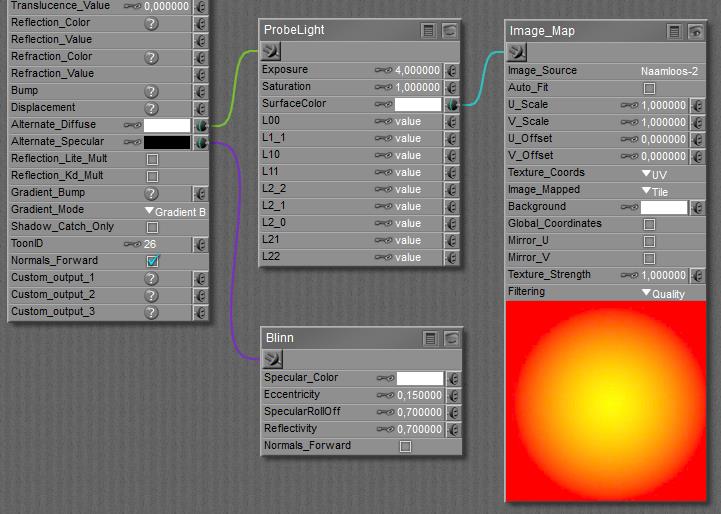 I even can wrap the image around a point light, but do note that in such a case the light ray will be directed in a direction opposite to the IBL lighting. Someone might get disoriented then. So, for balls as well as point lights, I should take care of their orientation (that is, their yRotate transform value). Some need a 90° or 180° twist.

Andy is lit by the IBL light shown above, the ball also has the probeLight material attached to it. Andy looks towards the scene Front.

Now, what are the probeLight parameters about?

Next to the SurfaceColor which just filters its (image map) input like usually for such color swatches, the Exposure and Saturation adjust the image at hand, so I can match is with the lighting levels from the IBL lamp in the scene. All the other, L00…L22 parameters, are (undocumented) vectors which all squash and stretch the image in various directions, when being mapped onto the object at hand. This is meant to adjust for imperfections. Not in the object, this usually is a perfect round sphere in virtual 3D space. But for imperfections in the image, which might not have been shot from such a perfect sphere in real space.

Note: when using a ball to serve as a probe in the scene, the lowres Poser ball is recommended over the hires one. The latter appears hard to orient easily, while the first maps correctly immediately.