Later on, Indirect Lighting (IDL) took care of this as well. So Gather is meant to support scenes with IBL and direct lighting only, and should be dropped when IDL is switched ON in Render Settings.

In the image below, the left pawn shows regular diffuse while the right pawn offers Gather as well, in an exaggerated way to illustrate the effects. The surface tries to attract light from surrounding objects and wants to bleed their color onto its own surface. 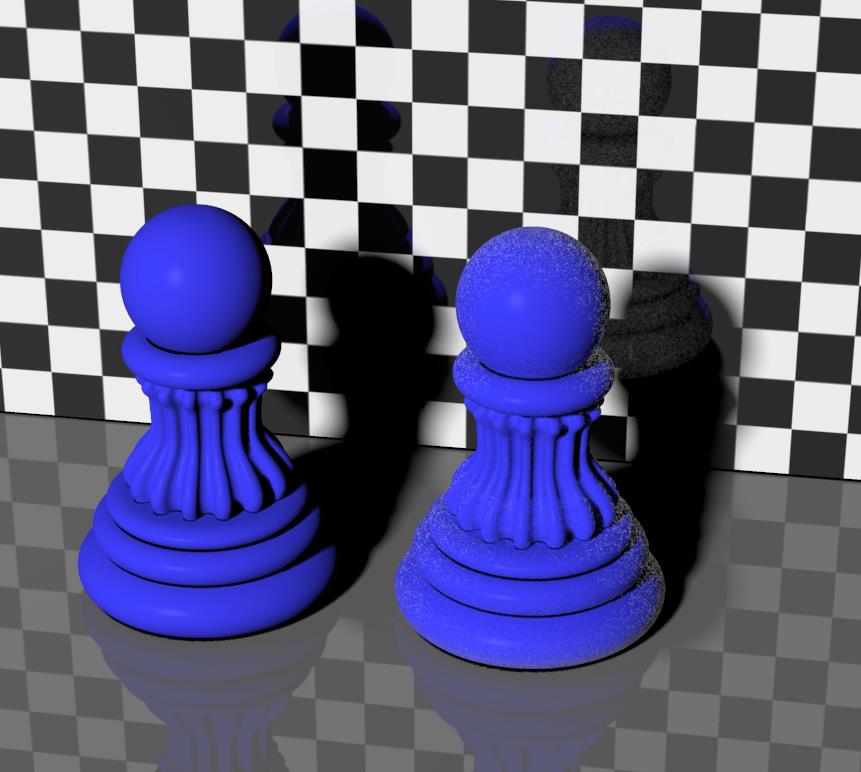 The surface having Gather shoots out rays to scan the neighborhood. Samples determines the ray-density (quality), MaxDist the maximum length of them. So colors from surfaces further away are not dealt with. When the surface has displacement maps, RayBias will make the first portion of them ignored to avoid time-consuming raytracing on the tiny details. Both MaxWidth and RayBias are in the units I’ve set in Global Preferences (which is Meters in my case). Altering my preferences will affect the values shown, but of course not the effect itself. When taking values from other sources, I might have to convert for unit differences.

In finding surfaces to pick up colors from, each surface element of the object looks around in outward direction (following its surface normal). Angle limits the directions in which it’s doing so, 180 means all outward directions.