Like all special nodes, the Hair node also provides diffuse, specular and eventually more as an all-in-one offer. Just black-out (or nullify) the regular Diffuse, Specular and other properties of the PoserSurface, and plug the node into Alternate Diffuse.

But besides that, the Hair node is special in its own right. It’s not just a surface cover, it’s a full 3-dimensional U-V-and-W mapped coloring device. And… it’s specially designed for the hair strands which result from applying the features in the Hair Room. 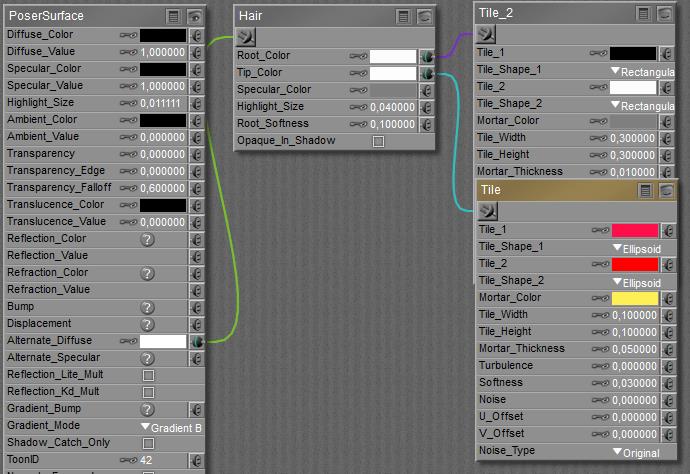 In the resulting image, the mid-part has a black tile at the root while the surrounding areas have a white tile underneath. So in some cases the color grades from black to red/yellow, and in the other cases from white to red/yellow. The black/white tiles are three times as large as the red/yellow ones. 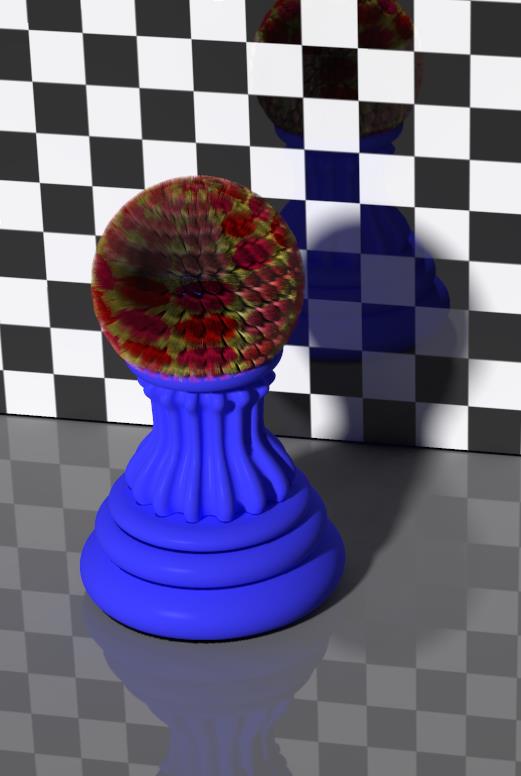